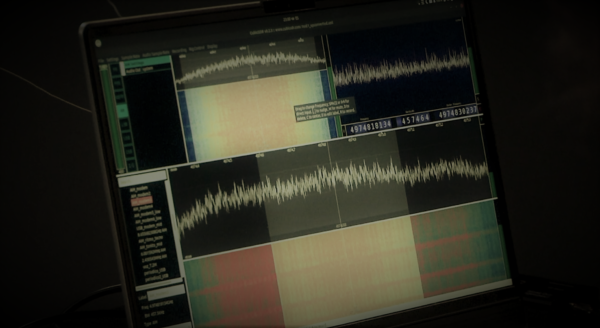 In this composition, Enrique Tomás appropiates of SDR devices (Software Defined Radios) and makes them use as electronic music instruments. Through the active exploration of the radio spectrum (1MHz – 3GHz) at various european locations, Tomás builds artificial soundscapes with extreme ranges of frequencies and amplitudes.
Originally composed for a multichannel setup, in the following link you can listen the stereo version.

Often presented as a live performance, some realizations can be watched here:

Exhibition at RAiR#2 in Rotterdam