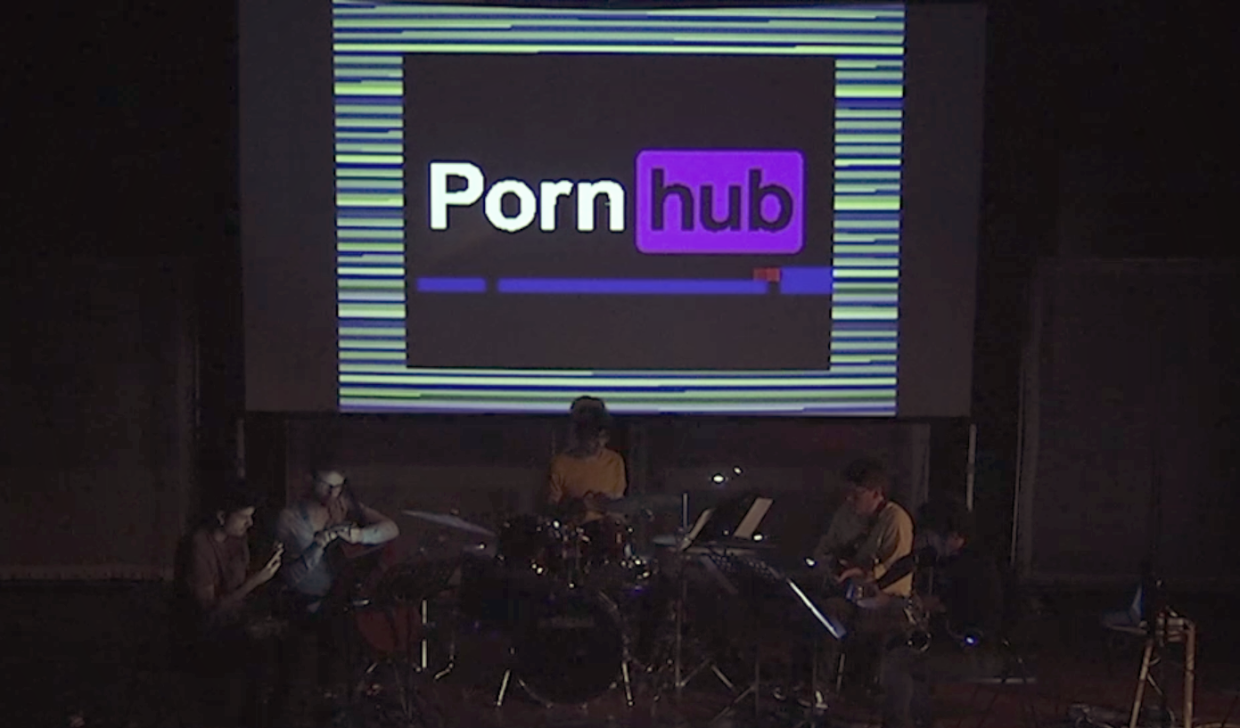 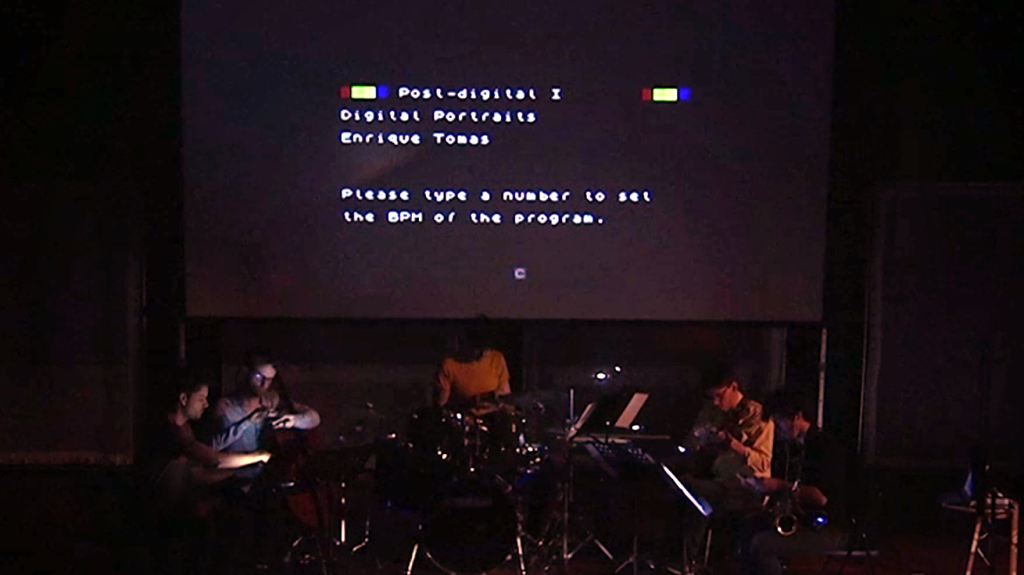 Post-digital is a work for ensemble [drums, tenor sax, e-guitar, violin and cello] and electronics.
It was a commission of the Council of Madrid through the concert series called VANG and it was premiered at CentroCentro in Madrid in April 2019 by the Ensemble Container. The information of the premiere can be found (in Spanish) here.

Until the moment it has three parts: 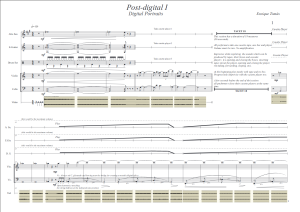 Digital Portraits sparks from early radical sonic experiences lived by Enrique Tomás with his first computer, a Spectrum ZX 128K. This computer model, as many other in that decade of the 80s, used cassettes to store programs. In order to load a program, users had to play back the digital information stored in these cassettes, mostly a long sequence of mid frequency tones. For the kid Enrique Tomás, these moments of listening loading processes as aesthetic contents, marked a new way of understanding sound. 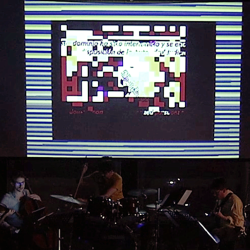 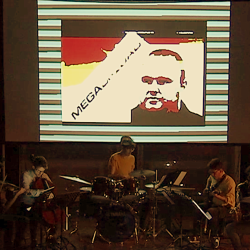 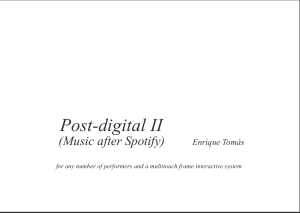 How much can a music playlist describe who we are? Audio streaming platforms have developed complex machine learning algorithms to analyze our musical moods and predict what our favorite music. During this piece, Enrique Tomás performs the playlists of the members of the ensemble with a custom tangible interface resembling a transparent mirror. The particularity of the action is that Tomás confronts each of the persons with their playlists. Inmediately after a few seconds we can recognize the kind of music people like more as well as many aspects of their personality. 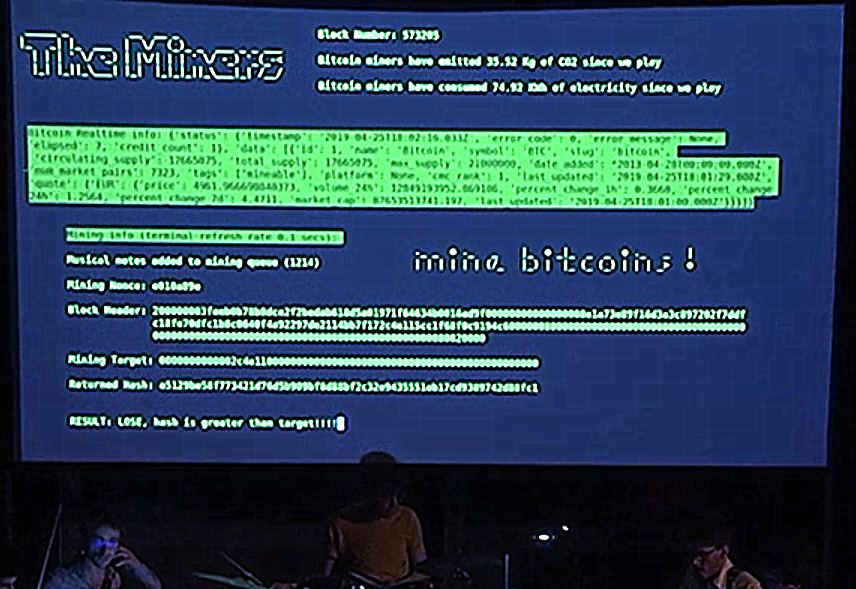 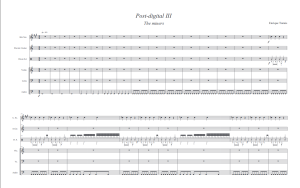 The relationship between cryptocurrencies and music are the objective for composing this piece. “The miners” is an allusion to the bitcoin mining action. Bitcoin farms (centers with thousands of computers connected mining bitcoins) need vast amounts of power to calculate the operations needed to generate bitcoins, creating a real problem of global sustainability. Bitcoin farms utilize so much power as a countryy like Switzerland. 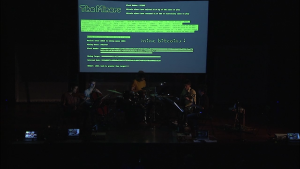 Therefore, Tomás proposes us understanding the concert as a computational action to generate Bitcoins. Each of the notes played by the ensemble is used to mine one time in the Bitcoin network. The compositional structure of the work begins from the analysis of digital music that exists only as representation: MIDI loops of trap music. From this material, Tomás composes loops of trap music for the ensemble which accelerate and accelerate during the work. At the end, how knows if the ensemble would be able to generate a bitcoin with their energy? 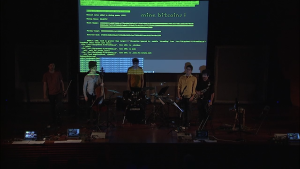