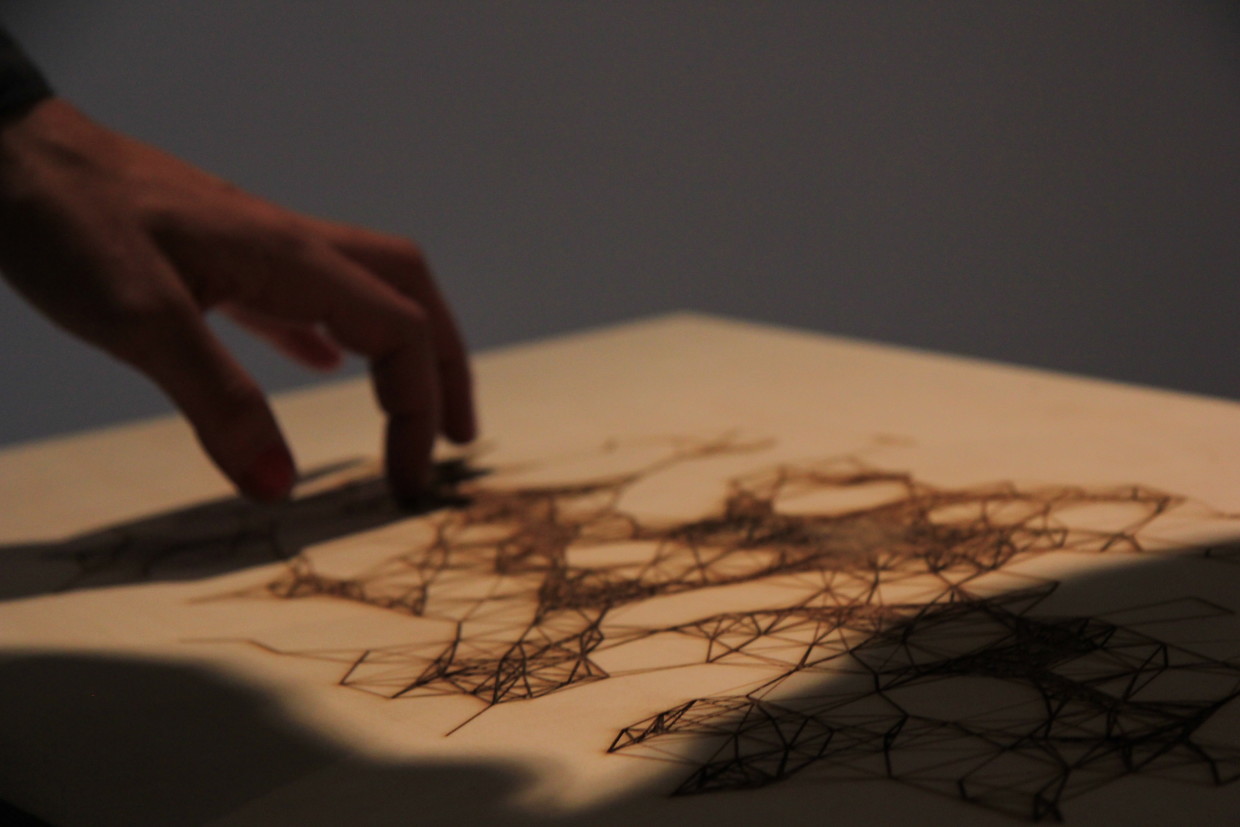 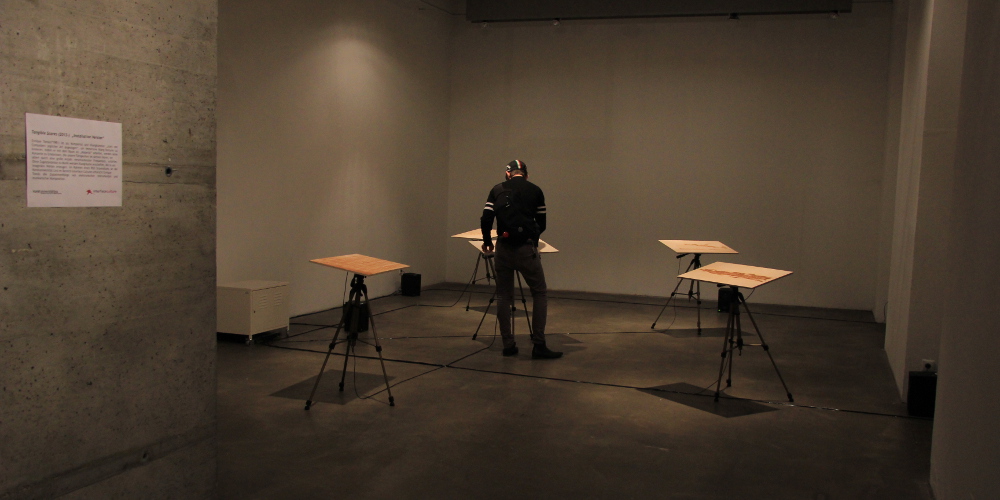 A “Tangible Score” is a tactile interface for musical expression that incorporates a score in its physical shape, surface structure or spatial configuration.

Using sound as a continuous input signal, both synthesis and control are available simultaneously through direct manipulation on the engraved patterns of the physical score. Every interface is conceived from a different graphical score that still represents a musical idea but it has been also specially designed for providing a diverse palette of acoustic signals when touched. But more important, the tactile scores define and propose specific gestural behaviors due to the different affordances and constraints of the object in front. Sound is generated through a polyphonic concatenative synthesis driven by a real-time analysis and classification of input signal spectra. Each of the scores is loaded with a specific sound corpus that defines its sonic identity. Thus, “Tangible Score” provides a implicit visual and haptic feedback in addition to its sonic core functionality, making it intuitive and learnable but as well suitable as an interface for musical improvisation and sonic exploration.

More Infos on Tangible Scores can be found at its academic page here!

Tangible Scores was presented at  among other places in: