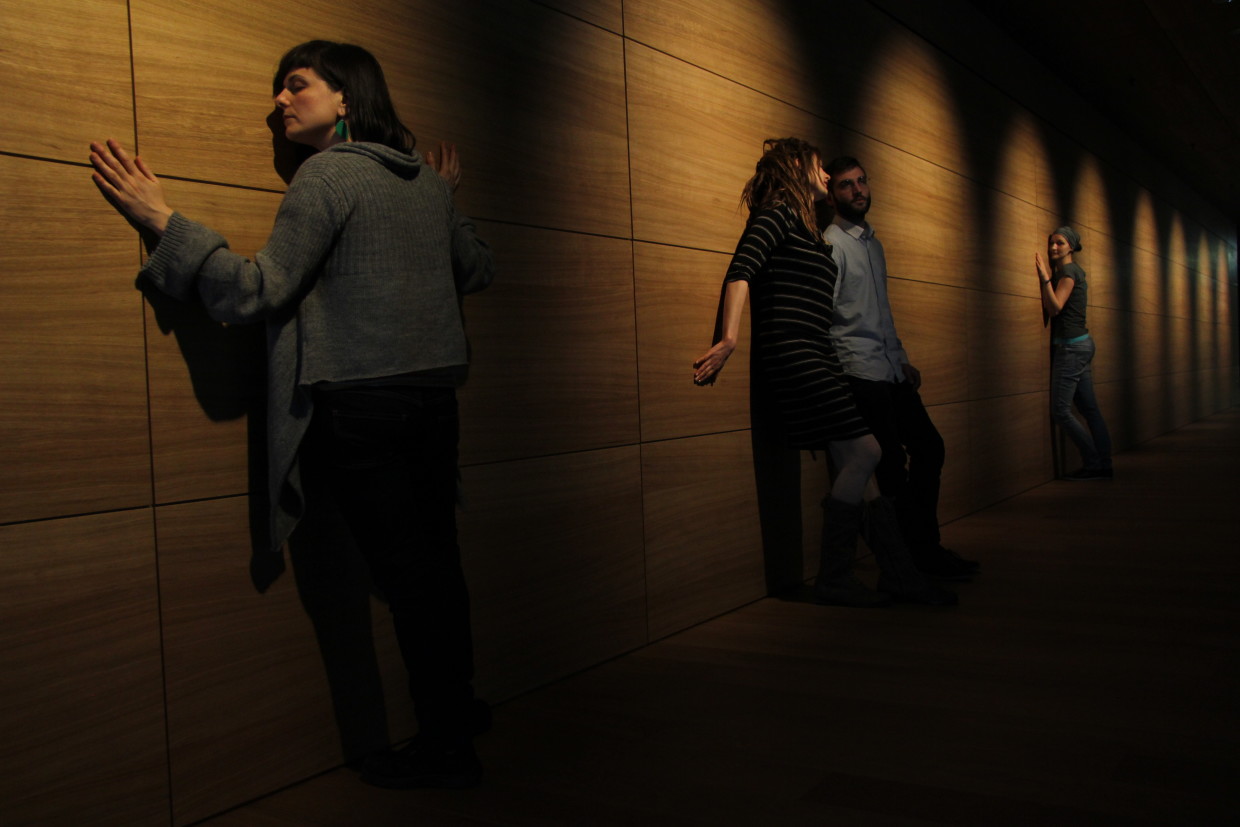 A long corridor at the top floor of the Klangfoyer at the Musiktheater Linz features a wall comprised of several wooden panels. The individual elements of this wood casing transform into the Schallmauer, a compositional musical instrument that opens a window to the resonance of the city.

Through tactile exploration in a dialogue with the wall, hidden soundscapes are revealed that can only be experienced in direct contact with the solid medium. An infrasonic interactive narrative spatially distributes the landmarks of the city and their acoustic cultures throughout the wall and beyond. The Schallmauer therefore expands the predominant auditory and visual impressions of an opera house by directing the focus to the listening through the body. The sound installation “Schallmauer” invisibly integrates into the architecture of the new opera house in Linz. Behind each panel of a 25m long wooden wall a total of 56 contact speakers have been mounted, transmitting the sound directly through the solid medium, which therefore can primarily perceived in bodily contact with wall.

Especially the low frequencies under 50Hz transform the wood into a both tactile and visually perceivable resonant state. Each of the 28 interactive wooden panel is equipped with six capacitive contact sensors, which allows to control the sound in a total of 168 segments through the touch of hands and body. 14 motion sensors that are distributed throughout the length of the corridor allow to detect the presence and motion of the visitors, in order to unconsciously guide them into a dialogue with this interactive musical instrument. The installation has been implemented with a distributed Debian Linux system running on 14 Raspberry Pi computers, which are providing 28 independent audio channels controlled by one additional Raspberry Pi. The entire composition has been programmed in Pure Data and additional custom software for the interactive hardware interfaces.

Full Infos at its academic site: