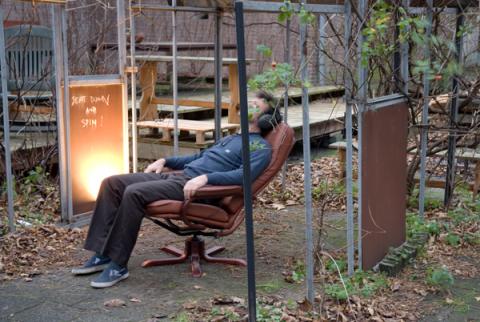 Some excerpts of my sound works

At least for me, not having absolute hearing or synaesthetic condition, if light has colours then sound possesses tonality, being it musical or not. For each one of Newton´s colours I have composed a short work based on the tonal intervals of our Western´s musical scale. The structural principle is the sequence of notes, arranged in a way that produces a total neutral harmony. Then, each piece uses a different sequence evoking a new sound tonality. Over this basic principle I have included some sound artifacts (or tonality artifacts) for extending timbre and rhythm. All these seven parts of the composition don´t have a defined starting or ending point, we just perceive them during a particular window of time, being conceptually infinite in duration.

– Work for the sculpture “El Elogio del Horizonte” by Eduardo Chilida. Part of the work for No-Tours (2009).